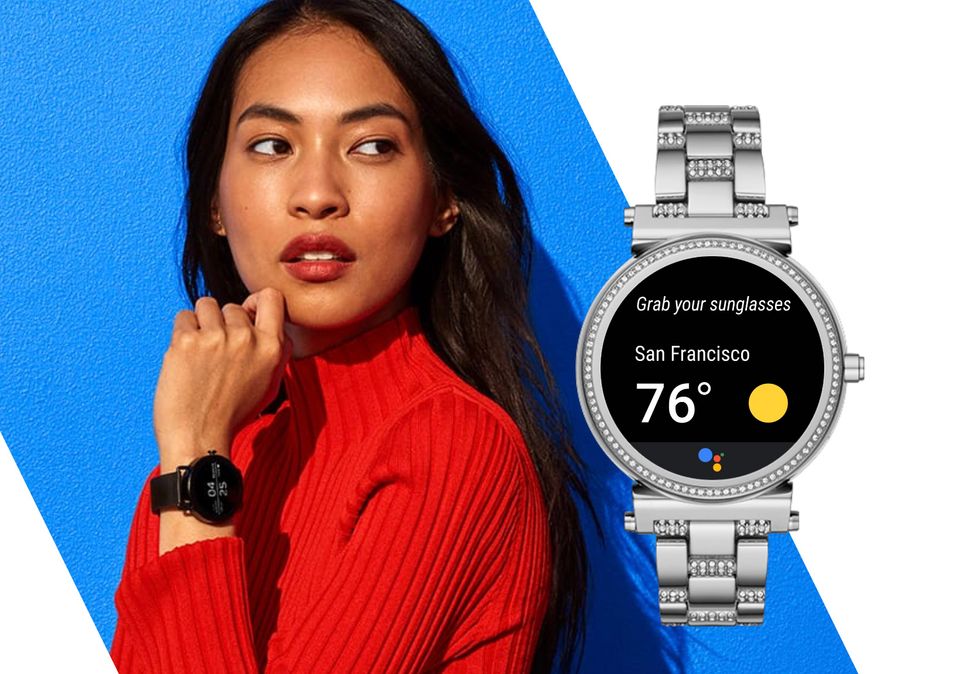 It first started with backing the Pebble 2 HR around May 2016. Then come around November of the same year I received my unit and was thoroughly pleased with it. Literally two days after, came news of Pebble shuttering and with Fitbit coming in to pick up the pieces. By the end of the same year, it was clear that devices were operating on borrowed time and services will sunset at the end of 2017 (recent development indicates that this has been postponed to the end of June 2018). I've been looking hard for a suitable replacement especially closer towards the end of 2017.

It was quite tricky to find something as unique as the Pebble. My five favourite highlight features include:

The OS was also quirky in a fun way with words of encouragement to be more active and to get more sleep. It also showed a mouse on tippy toes when you put the watch in quiet mode and animates a coffee cup being filled when you charged it. There were some issues I had though, one being voice dictation not always working especially with longer phrases. Another was due to the limited memory on the device, as there wasn't any Unicode support and characters in notifications would just show up as rectangles.

Recently I pulled the trigger on a Ticwatch E by Mobvoi despite it only being able to check off one of the five items in the above list. With that being having the option to swap out the watch band with any 20mm replacement (the S model has a proprietary strap with GPS antennas built in). I may have been spoiled by the longer battery life on the Pebble but the most I've managed to squeeze out of the Ticwatch was two full work days. This was achieved with the following settings:

Watch face was probably something that had the most impact on battery as certain ones seem to do excessive loading when it came to refreshing the complications. I had Location (GPS) on for certain apps and Bluetooth requires to stay on for obvious reasons. Mobvoi recommended that you do up to three full discharges (I did only two) but didn't notice any major issues with the battery. On the first day, I got home with about 60% battery left and here's my watch battery in the morning of the second day: 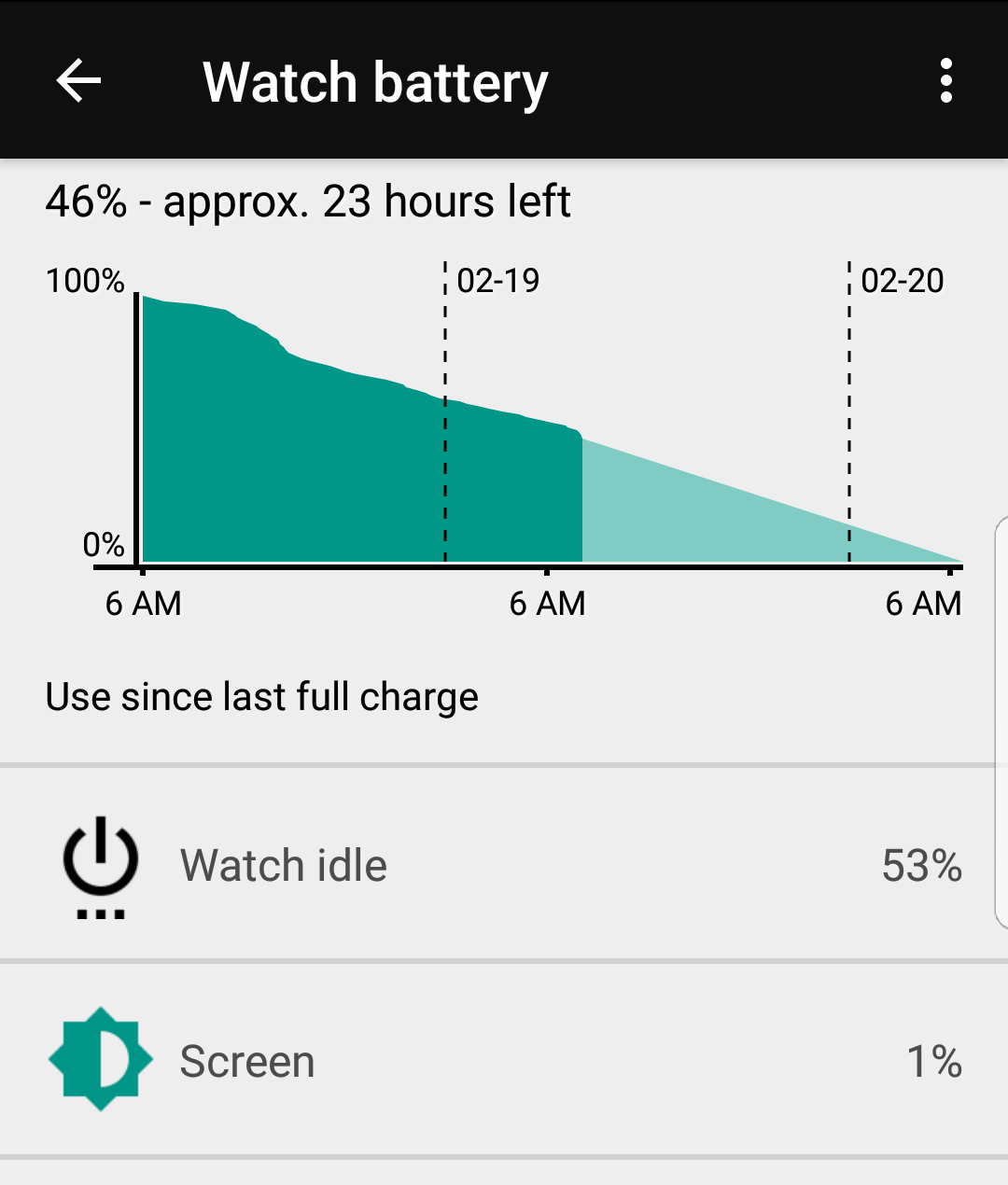 When I got home there was still about 15% remaining but before I went to bed and plugged it in - only 3% of charge was left.

Let me know if you have any questions in the comments!

UPDATE (Jun. 26, 2018): It seems that the Oreo update has an impact on battery life, as I'm no longer able to comfortably get two days worth of use with the same settings. Turning off the AOD does seem to help quite a bit though but you lose that convenience of being able to quickly glance at the time.